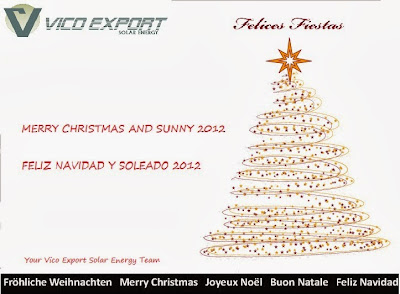 At the energaïa in France: new solar series by Sovello

Pure Power SV-L Modules Reduce Installation Costs
Montpellier, France / Thalheim, Germany.  Sovello is presenting its new solar module “Pure Power SV-L low voltage” at the renewable energies tradefair energaïa in Montpellier from 7th to 9th December 2011. The SV-L series is offered in the output classes 225, 230, 235 and 240 Wp since autumn.
The SV-L series builds further on the advantages of its predecessor, the Pure Power SV-X series, adding around 10 percent module surface area. Project developers and electricians will be required to handle considerably fewer solar modules in the future, notably for larger-scale installations such as those on factory buildings and ground mounted systems. At the same, it is possible to use significantly longer strings to connect the Sovello SV-L modules to the inverter than is the case for standard modules thanks to their low-voltage configuration. The end result is that system operators realize large savings on installation, balance of system and labor costs.
With its SV-L solar module, Sovello remains one of the few solar module manufacturers offering products both for large-scale installations as well as a practical module, the Sovello SV-T series, for smaller rooftop installations. The SV-L module complements Sovello’s product portfolio of high-performance quality modules and solutions which has allowed the company to achieve a solid market position. The letter L stands for “large” and “low voltage”.
The advantages of Sovello solar modules lie in performance, quality, sustainability and project costs. Quite recently, Sovello has announced an industry-leading linear performance warranty. The warranty now provides a linear performance guarantee with a starting point of 99 % of the minimum rated power for the first year of operation and, thereafter, an annual degradation not exceeding 0.6 % for the next 24 years. This means that Sovello modules are guaranteed to maintain no less than 85% of their rated power after 25 years in operation. Thanks to the highly automated and innovative manufacture process and the solar glass with anti-reflection coating the Sovello series have an improved module performance. Even in low light Sovello solar modules achieve above-average results and therefore maximum yield: in the case of solar radiation of a mere 200 W/m2, the loss of effectiveness is less than 4%. A PV system fitted with Sovello panels undergoes a faster economical and ecological amortization than PV systems with modules of other manufacturers. This can be put down to the positive output tolerance, to the outstanding power figures, as well as under low light, and to the significantly less energy expenditure during production.
To find out more about the Pure Power solar modules, visit us in Hall 6, Stand K 700, energaïa at the International Fair Montpellier, together with our partner Solapro.
About Sovello:Sovello AG is one of the world’s largest integrated manufacturers of photovoltaic solar wafers, solar cells and solar modules. Sovello’s vision is to become the leading sustainable company in the global industry for photovoltaic technology and renewable energies. The high-performance solar modules made by Sovello are different from conventional, multicrystalline solar modules being manufactured in a particularly resource-efficient way and enjoy short energy amortization: When producing STRING RIBBONTM wafers in its factories, Sovello uses up to 50 % less silicon and consumes up to 50 % less energy compared to traditional silicon based technologies.
Sovello operates three production sites in Bitterfeld-Wolfen, Sachsen-Anhalt. The first plant, SV1, began operating in June 2006. In June 2007, Sovello brought its second production site SV2 online. With its third completed production site, SV3, the Sovello group now has a total annual production capacity of 180 MWp in Germany and 40 MWp in Canada. Capacity is set to increase further. Sovello employs around 1,250 people at its sites in Bitterfeld-Wolfen. In 2010, the company has widened its focus to gain access to a number of promising international markets.
Vico Export Solar Energy distribuidor de paneles solares Sovello www.sovello.solar-fotovoltaica.eu
Publicado por VICO EXPORT Solar Energy en 10:22 No hay comentarios: 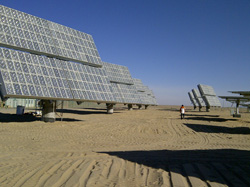 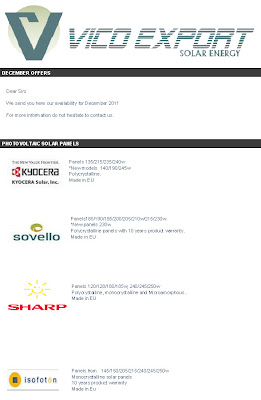 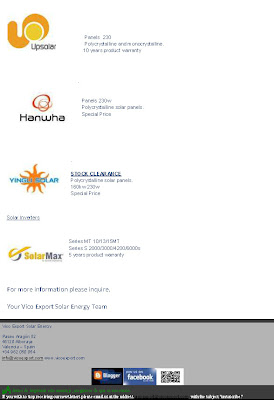 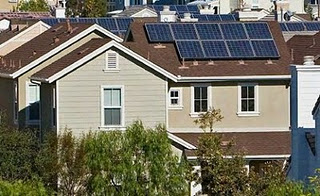 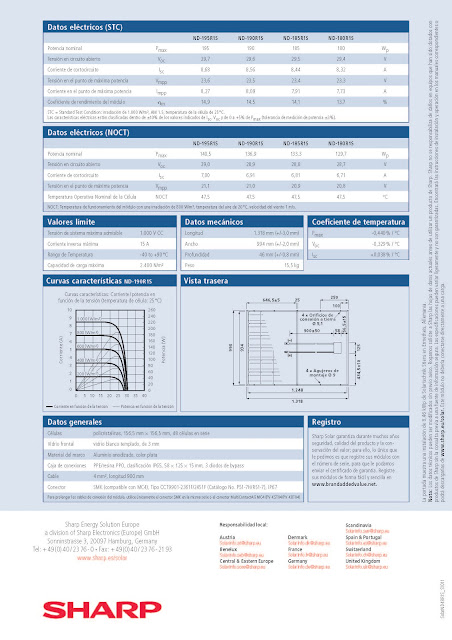